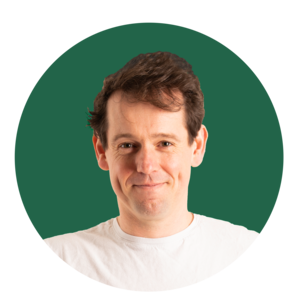 5 CEOs who are proving purpose and profit are intertwined 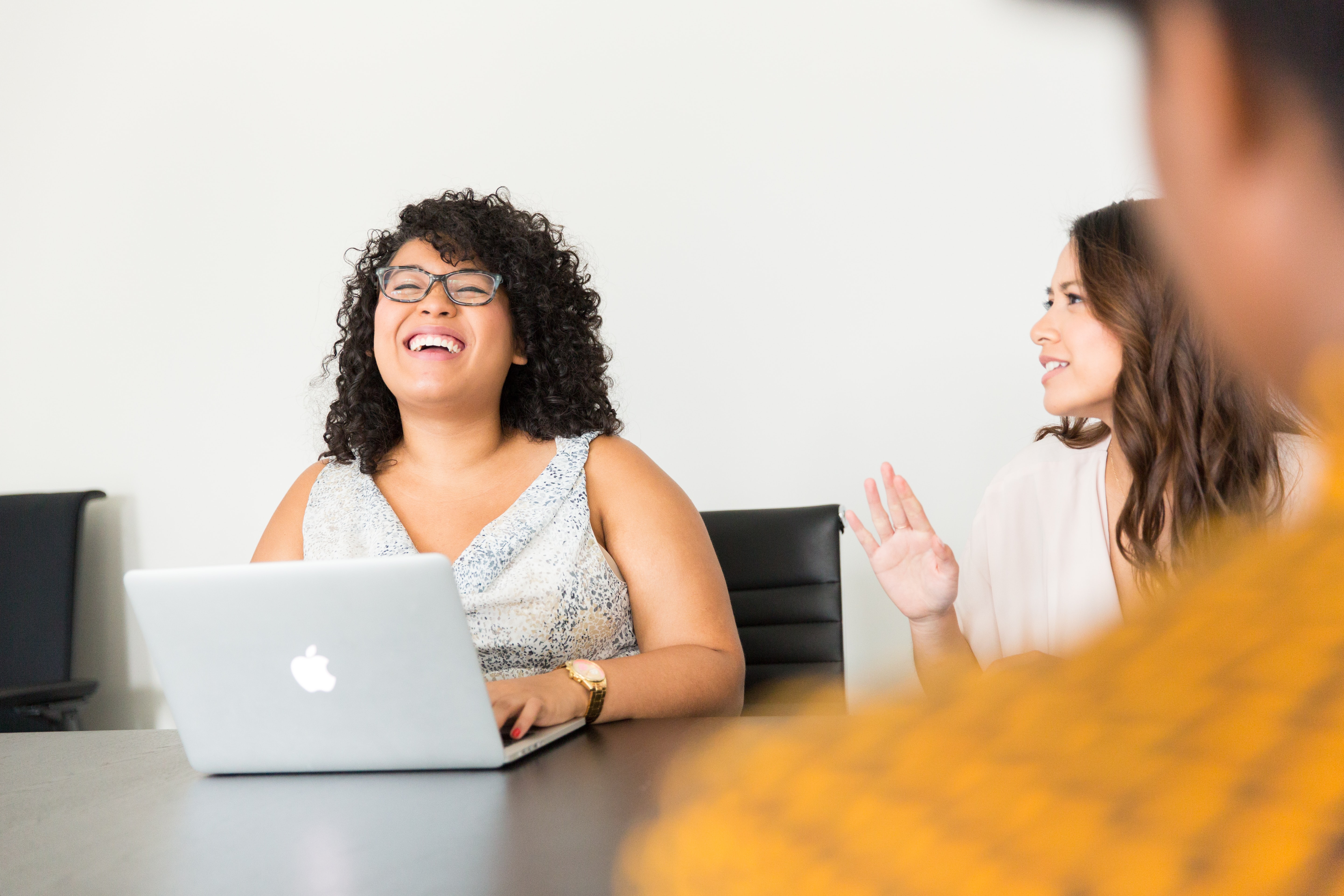 As people’s environmental and social consciousness grows, the way they spend their money is changing too. Rather than opting for the cheapest t-shirt on the market, they’ll ask where the cotton’s been grown, or if the seamstress was paid a fair wage.

This is a good thing: as individuals, one way we can create change is by supporting sustainable companies and creating markets for green solutions. As business leaders, we can provide the ethical alternatives that our audiences want. Given the massive sea change towards the climate crisis, I believe that companies driven by both purpose and profit are the ones that will succeed the most in the next few years. I’m not alone in this thinking either. Here’s a list of movers and shakers in the world of business, who’re proving that doing good and making money can go hand-in-hand.

Better known to you and I as the Queen of Shops, Mary Portas rose through the ranks of the retail business in the late 80s and 90s, and was sitting on the board of Harvey Nichols by age 31. Since then, she’s built her own business and advised governments; her orange bob is a familiar fixture on television. But even after all that success, something still wasn’t quite right. In her recent Tedx Talk, she reflects upon her changing attitude towards the world of work, and how she restructured her consultancy company, Portas, around the notion of the ‘Kindness Economy’: a new business model wherein companies value their people and the environment as much as their profits.

This isn’t just pie in the sky stuff either. As someone who has had their finger on the pulse of what and how British people buy for decades, Portas knows that customers are gravitating towards businesses which operate according to the triple bottom line: people, planet, and profit, in that order.

Since the introduction of the Kindness Economy into Portas’ ethos, the company’s portfolio has expanded to include big-name clients like Sainsbury’s, Mercedes-Benz and IKEA.

The idea for OLIO came to Tessa Clarke when she was moving house in 2014. The daughter of Yorkshire farmers, Clarke knew first-hand how much work goes into producing the food we eat. So when the movers said she had to throw out the food in her fridge, she just couldn’t do it. This moment ignited the spark that became OLIO: a food-sharing app which connects people and local businesses to share surplus food, whether it’s bread that’s nearing its best-by date, or spare onions from your allotment’s bounty.

When OLIO launched in 2015, the app covered five postcodes in North London; today, OLIO’s 3.6 million users have shared 17.8 million portions of food across 59 countries. The company has also partnered with the likes of Tesco, Costa and Pret A Manger to help them redistribute excess food. In recognition for their important work in mitigating food waste, the UN awarded OLIO their Momentum for Change Award in 2018.

Climate scientist Juliet Davenport launched the UK’s first 100% renewable energy supplier, Good Energy, in 1999. Back then, climate change was barely on the general public’s radar, and 98% of the UK’s energy came from fossil fuels. David, meet Goliath. Thankfully Davenport pushed on, and Good Energy blazed many trails in the UK renewables industry over the next two decades. The company purchased the UK’s first commercial wind farm in 2002, followed by a slew of other wind and solar power plants. They also pioneered various initiatives around EV charging and local energy tariffs in an effort to make renewable energy more affordable and accessible.

Today, Good Energy’s 270,000 customers are electrified by 100% renewables, created right here in the UK. They’ve picked up a plenty of accolades along the way, including an Outstanding rating from Best Companies, and as well as being only one of two energy companies to have all their tariffs awarded Uswitch’s Green Tariff Gold Standard.

The notion of ‘ethical banking’ may seem oxymoronic in this age of scandals and mega-bonuses. But according to Dr Bevis Watts, the Managing Director of Triodos Bank, this won’t be the way things are done for much longer.

‘The banks of the future will be the ones that have a strong social purpose and are actually connected to the society and the environment that they work within, not disconnected from it,’ Watts told Reuters in 2018.

Here in the present day, Triodos seems to already fit that bill. As an ethical bank, Triodos only lends to organisations that are doing good for society and the environment, and their portfolio spans everything from organic farming initiatives and housing associations, to community-owned solar farms and cultural centres. Though Triodos is still a relatively small player in the banking world, Watts’ prophecy appears on its way towards becoming true. In 2020 (a particularly challenging year, wouldn’t you agree?), Triodos’ balance sheet grew by 15%, as well as a 14% growth of their funds under management. Gordon Gekkos of the world, take note.

Want to put your money where your mouth is?

So many of us feel a strong attachment to the Amazon rainforest. Even from my faraway office in chilly Edinburgh, I worry about the blazing wildfires and increasing deforestation as though it’s happening on my own doorstep. Not only is the Amazon one of the most stunningly biodiverse places on earth, the rainforest is a vital carbon sink that helps counterbalance the carbon that we’re pumping into the atmosphere. Luckily Natura’s CEO, João Paulo Ferreira, is deeply committed to helping preserve this incredible place.

As the world’s fourth largest cosmetics company, São Paulo-based Natura works closely with a wide network of researchers and small farmers to promote a more sustainable relationship with Amazon’s natural treasures. For example:

With Bolsanaro in Brazil’s top spot, Natura and the government are currently at loggerheads. Luckily Ferreira is undaunted, telling the Financial Times in 2019 that ‘[t]he fate of the Amazon… cannot be linked to a vision that treats economic development and environmental conservation as irreconcilable.’

Inspired to bring about change in your business? Pawprint is here to help you engage your company’s people-power and take positive climate action. Book a demo with us today. 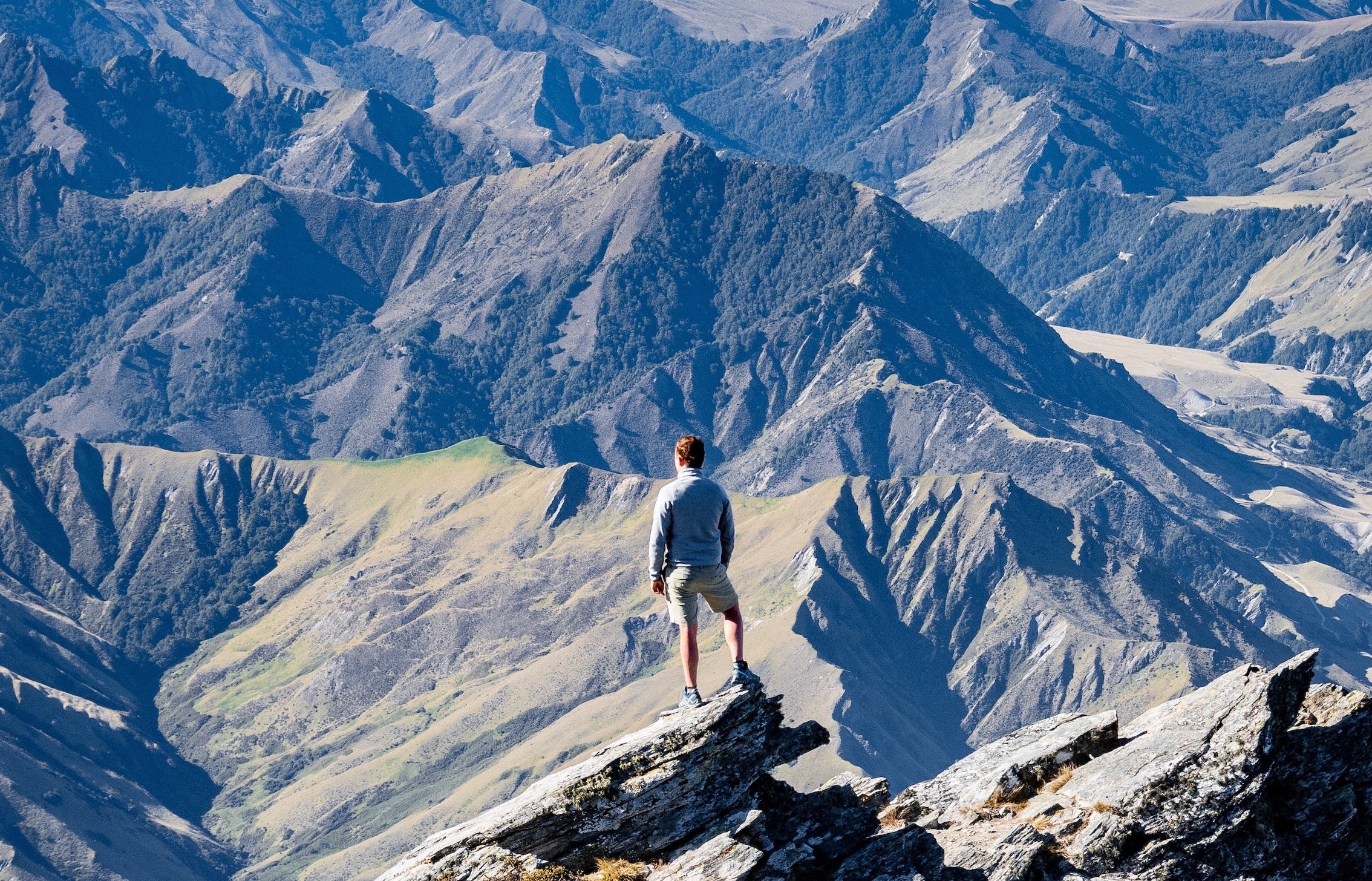 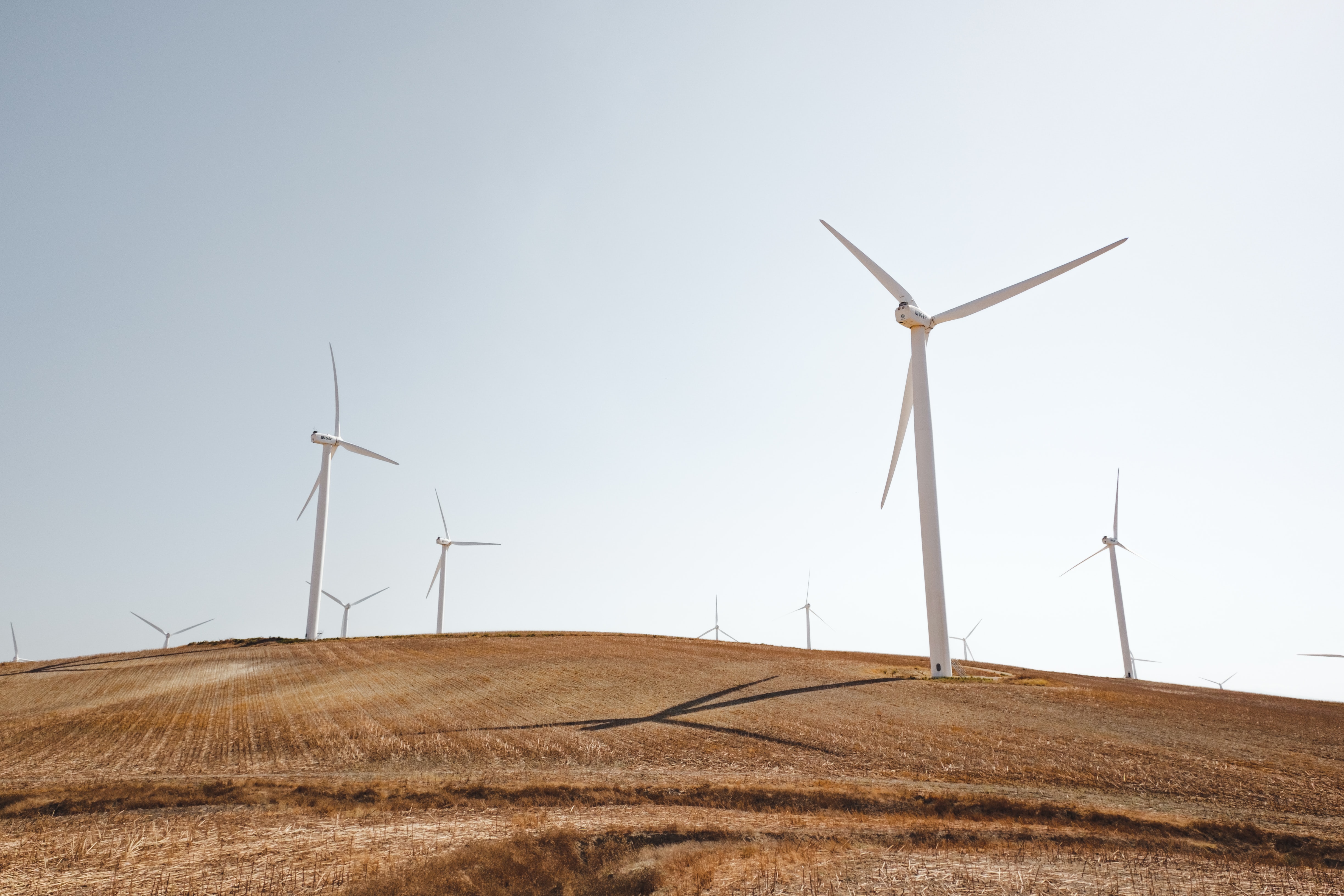 5 sustainability certifications your business could strive for 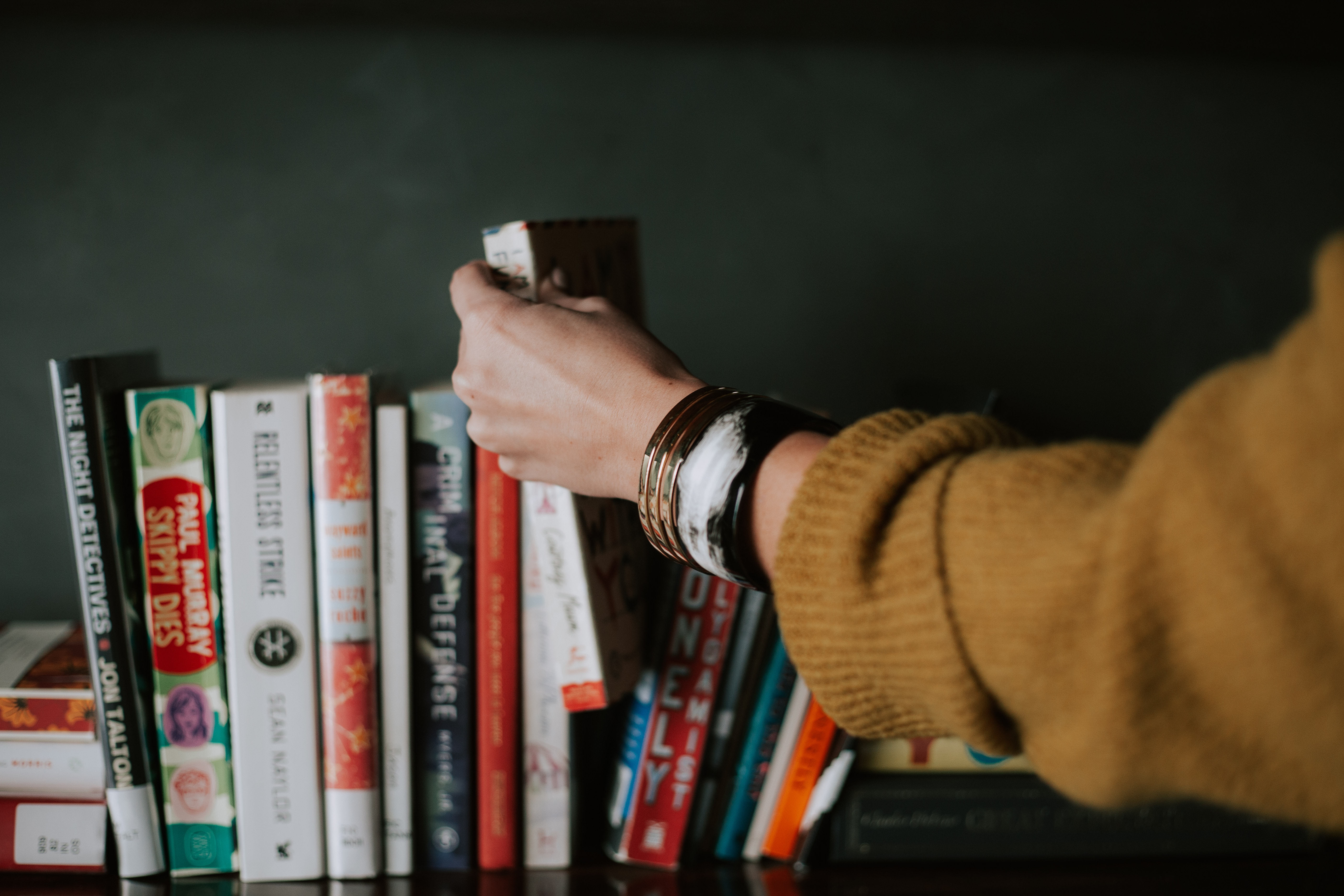